Mental illness is caused by issues associated with the changes in the way brain works and changes in your feeling, thinking, and behavior. Mental illnesses occur due to a combination of many factors. 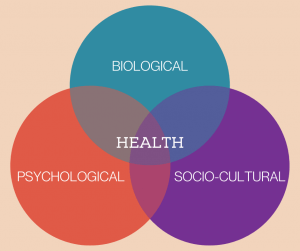 Genetics: People who have a family member with a mental illness are more prone to develop one in themselves.
Fatal Infections: Various infections can damage brain cells and cause mental illness. For example, the pediatric autoimmune neuropsychiatric disorder can lead to OCD.
Chemical Imbalance: Excess stress can cause an imbalance of natural chemicals in your brain and your body leading to the worsening of mental health condition.
Brain Injury: Any serious injury to some areas of the brain has also been linked to some mental illnesses. Prenatal Damage: Some disruption at the time of birth like loss of oxygen to the brain can cause mental illness, for example- autism spectrum disorder.

Stressful Environment: Living in a stressful environment like in poverty, unemployment, an abusive family, or divorce can worsen your mental health condition.
Sudden Death: Sudden death of a near and dear one can be very stressful to some people, to an extent that they develop depression or anxiety.
Changing Jobs or Schools: These changes in life can put you in having mixed feelings of inadequacy, anger, or loneliness making you susceptible towards mental illness.
Social Beliefs: Some unrealistic social expectations like a society that associates beauty with thinness can be a factor of developing an eating disorder.
Gender-Based Discrimination and Stigma: People facing discrimination based on skin color, belonging to the LGBTQIA community, and people with disabilities are prone towards mental illness.
Chronic Illness: Some terminal diseases such as HIV- AIDS, and cancer can lead to mental illness.

Mental health illness can feel very personal and if you are suffering from prolonged disturbing thoughts, emotions, and behavior, it’s better to seek the professional help of a psychiatrist and psychologist.