In today’s world, mood is a word which has many connotations. As the world is progressing forward and awareness towards mental health is constantly increasing, it’s high time that the psychological meaning to the word ‘mood’ is understood. In the psychological field, mood is defined as a conscious state of mind. This includes a persisting set of feelings in relation with the cognitive state of an individual, which is what influences the future feelings and actions of that individual. Another term which is important for understanding mood disorders is Affect. Affect is the outward expression of internal feelings or emotions, more clearly affect is an observable emotional response.

A mood disorder can be explained as a mental health condition which affects the individual’s emotional state. This kind of psychological disorder is something wherein the individual might experience extreme happiness and activeness or extreme sadness or sometimes both. These mood disorders, as explained before, consist of continuous and persistent emotions such as anger, irritability, or sadness which can interfere with the daily life functioning of the individual. Generally, if we think of our mood, it is normal for our mood to change depending on the events and situations around us. But, in mood disorders, these changes happen suddenly or gradually and keep on staying persistently for longer periods of time. These changes in feelings, thoughts, and actions can cause serious malfunctions in daily day life. 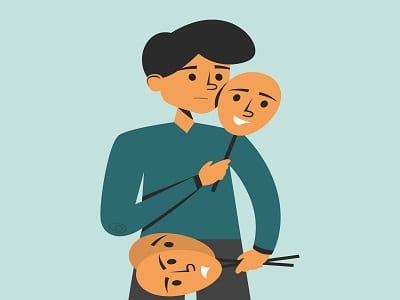 There are more than one reason for an individual to get diagnosed with mood disorders. There are biological factors such as any brain damage which can be a possible cause. People diagnosed with mood disorders have shown to have enlarged amygdala on brain imaging tests. There might be genetic factors such as a person who has a history of mood disorders in his family history has more chance to develop mood disorders. There can be other environmental factors as well such as chronic stress, anxiety, any traumatic events, abuse during childhood, early life experiences, and many more.

Whatever the cause might be, individuals with mood disorders need efficient and regular treatment. That is why awareness regarding mood disorders is so important. These disorders can disrupt an individual’s whole life if proper treatment is not taken. Therefore, please come forward to seek help whenever you notice such symptoms in anyone close near you.